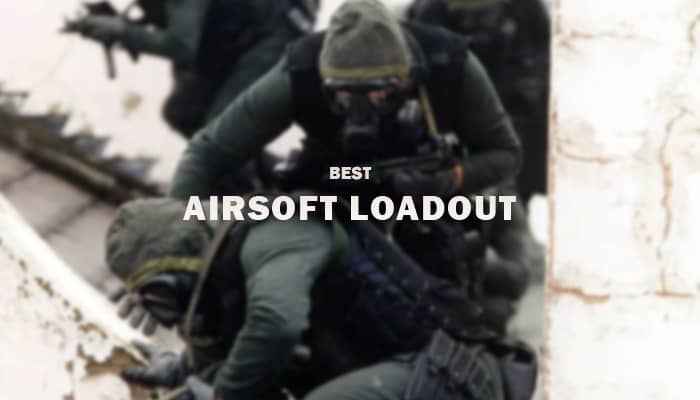 Need any ideas for your next airsoft loadout?

Do you need an outfit that's perfect for an urban environment? Do you want a modern loadout?

There are so many airsoft outfits to choose from that it can get confusing. Thankfully, we're here to help.

This guide to airsoft loadout ideas is jam-packed full of different loadout styles to give you inspiration for game day.

For all airsoft enthusiasts worldwide (both new and experienced), we'll help you pick your complete outfit from start to finish.

Let's dive into it.

What is an airsoft loadout?

An airsoft loadout is the clothing you wear to airsoft games. It can consist of head, body protection and, tactical gear. Each loadout aims to mimic a real-life military unit, or you can customize it depending on the type of game you want to play.

It's entirely down to the preference of each airsoft player.

Most players at a weekend airsoft skirmish will copy a military uniform for extra realism. Whether that's woodland, DPM, digital or, splinter.

Maybe you want to look like a US Marine. Perhaps you want your kit list to be the exact same as the British Army.

The great news is: your airsoft kit can be as accurate (or not) as you like.

Note: eye protection is still a mandatory requirement for all airsoft fields. Your clothing choice doesn't mean you can ignore site rules for the sake of realism.

Below we've listed some of the most common loadouts used by airsoft skirmishers in the UK.

There are two different play styles. One where the tactical players wear camouflage clothing and full military gear.

And the other has no focus on realism. You'll often see casual players in jeans and a hoodie. Which is totally fine. You don't have to look like an operator to have a great day.

We're also going to show you how to put together an airsoft loadout for each of these loadouts (keeping an eye on budgets and the environment you're playing in). 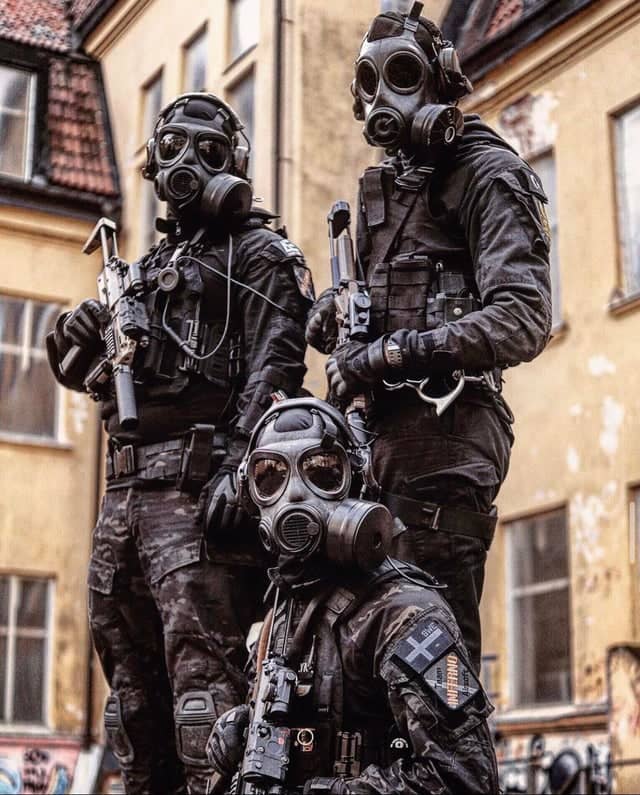 The SAS (Special Air Service) is an elite special forces unit of the British Army. The unit specialises in hostage rescue, reconnaissance, and counter-terrorism.

If you want to experience what it's like to be an actual operator: this loadout is for you.

The airsoft SAS loadout is perfect for urban airsoft (and darker environments). It's a modern airsoft loadout, which makes it perfect for all airsoft players.

The most common type of SAS loadout is all black (or darker clothing). Mirroring the clothing worn during the famous Iranian Embassy siege in 1980.

What you'll need for a SAS-style loadout:

The standard weapon used by the SAS is the HK MP5. It's world-famous for counter-terrorism missions.

Either the Glock 17 or the compact Glock 19. 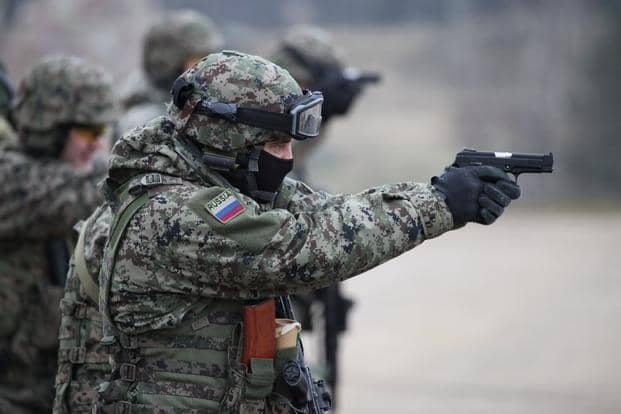 Spetznaz specialise in guerrilla warfare. They're an elite unit of the Russian Army formed during the Cold War to counter NATO forces.

What you'll need for an airsoft Spetsnaz loadout:

As you can imagine, Spetsnaz soldiers use the famed Russian AK47 Carbine. Known for its' durability and ease of use.

If you want hyperrealism, you can go with low-cap AK47 magazines which hold 30 rounds.

You'll want to pick one of the best airsoft brands on the market for AK47 replicas.

Makarov pistol. A Soviet semi-automatic pistol. You'll find that WE Europe do a great gas blowback version. They range anywhere from £130 to £160 in price. 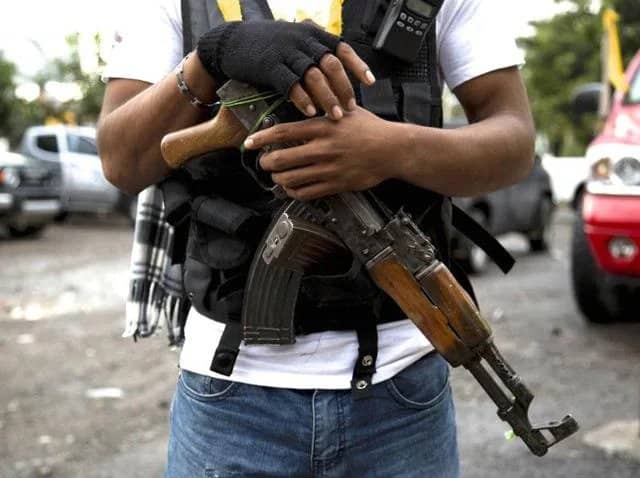 If you've ever seen Narcos, you'll know that Cartel members do not have a set uniform or loadout.

The choice is yours if you want to mimic a Cartel loadout (either the Sinaloa Cartel or a Mexican Cartel).

What you'll need for a Cartel airsoft loadout:

Because cartels are not military units, there isn't a standard-issue weapon. However, most cartel members often carry AR-15 rifles (semi-automatic), AK47 carbines or, M16 rifles.

All black gear is perfect for dark CQB environments. The good thing about an all-black airsoft loadout is you don't need excessive gear. You can buy a black shirt, some decent boots, and have a solid look.

What you'll need for a black airsoft loadout:

Player's choices! Plenty of airsoft weapons (both on a budget and more expensive guns) work fantastic with black loadouts.

Why not try the WE Hi-Cappa? It's an enjoyable gun to shoot. 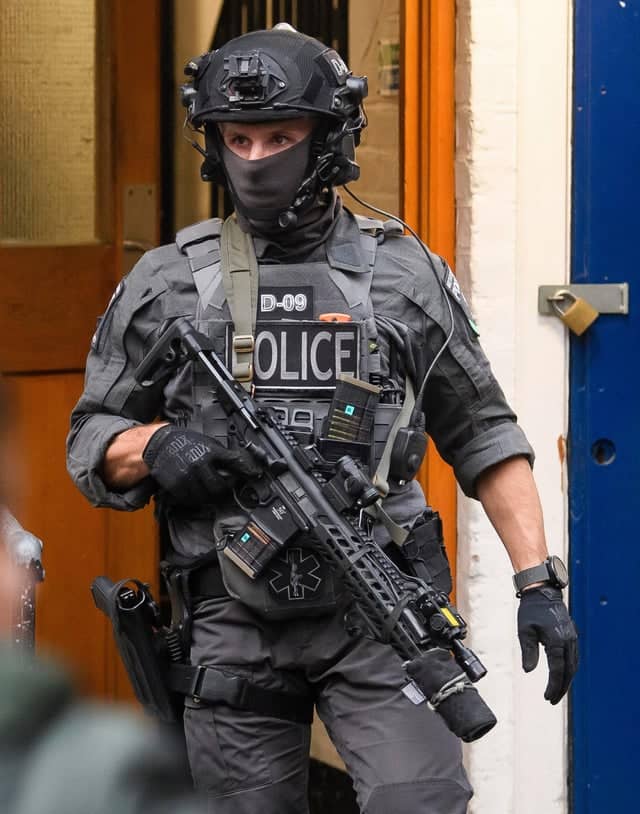 SIG SAUER MCX CARBINE. The MCX is a fantastic platform for tactical accessories such as torches, lasers, foregrips, and PEQ boxes. 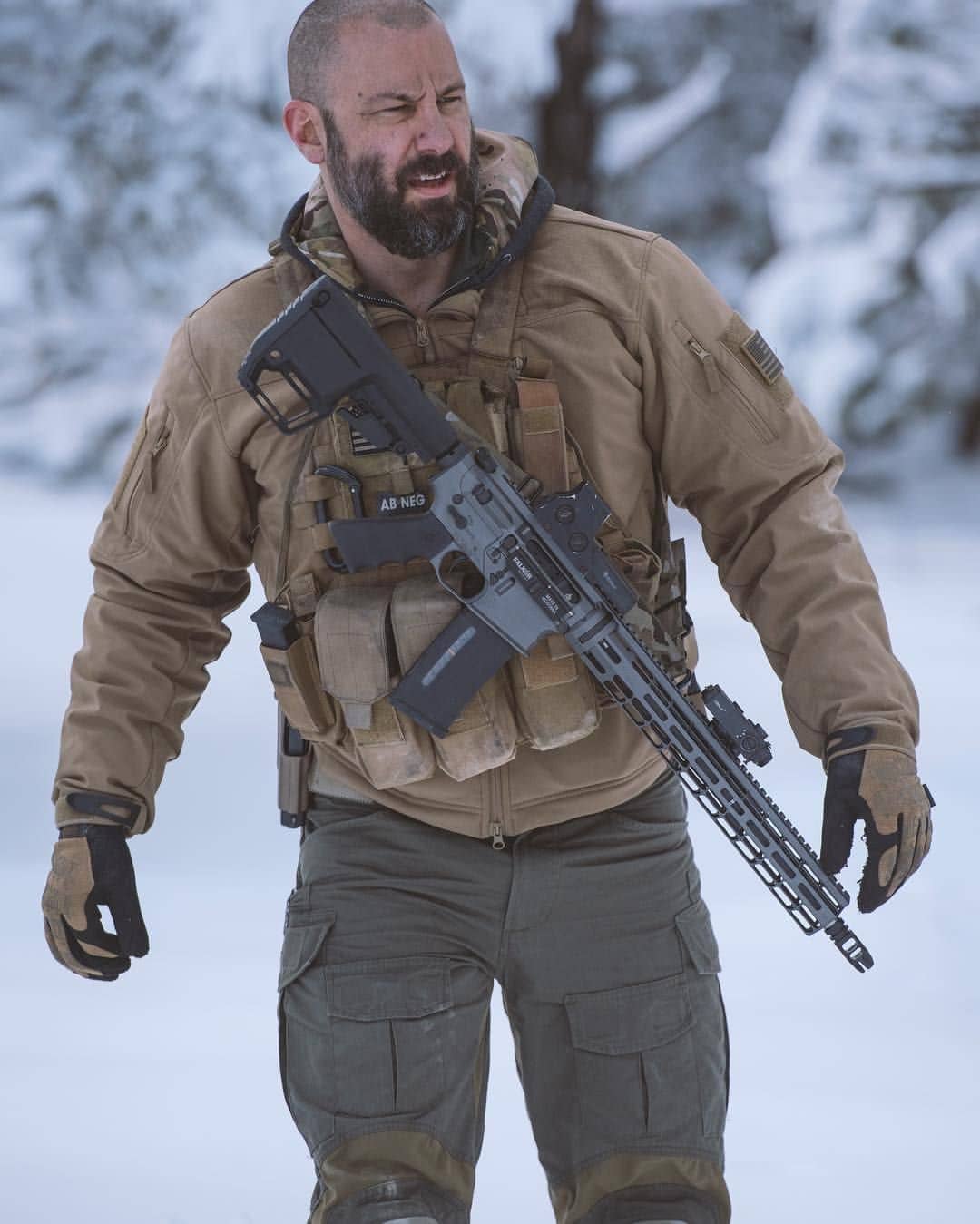 PMC are independent contractor companies that offer military services to national governments for a fee. PMC contractors are often depicted in war films as specialists who end up deep behind enemy lines.

The trusted M4 platform is what you'll see most PMC airsoft players using. Either Tokyo Marui (for extra realism) or one of the higher-end airsoft brands on the market.

This is the player's choice. We prefer to use a Glock 17 or a USP Compact. But there are no hard and fast rules on weapon choices for a PMC Airsoft loadout.

What is the best airsoft loadout?

There really isn't the best airsoft loadout. The wide choice of outfits available for airsoft players means it can be completely individual.

You can choose to play a medic or auxiliary role: it depends entirely on where you're playing airsoft.

If you're just starting out with airsoft, we recommend going for a budget-friendly option (black loadout or PMC).

Your choice of equipment should be based on what you enjoy!

Don't treat this buying guide as instruction; it's more inspiration for the budding airsoft player.

As long as you're comfortable and having a great time, that's all you need.