What Does FPS Mean In Airsoft? 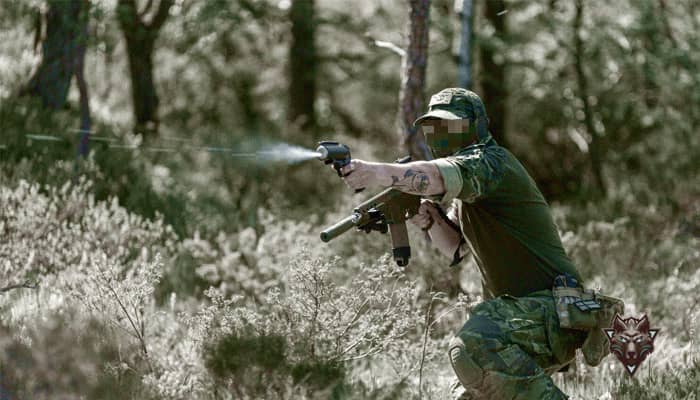 Firstly, let's ensure we don't confuse FPS in airsoft with other meanings of the abbreviation 'FPS.'

In airsoft, FPS means feet per second and measures the speed of the BB as it's shot from your airsoft gun. Manufacturers use this core measurement to determine how many feet your BB will travel through the air per second. The performance of how far your BB will travel is dependent on things like the type of gun, ammo weight, and weather conditions.

Airsoft sites use FPS to determine how much power an airsoft gun has. There are minimum engagement rules for sniper rifles and some DMRs. This distance is part of insurance regulations to ensure nobody receives any serious injuries.

A standard airsoft rifle will shoot a 0.20g BB around 60 meters. Some factors can influence other essential measurements, such as the Joules (or force) of the BB. Such as upgraded accessories, internal motors, hop-up systems, and barrel length.

How is FPS measured in airsoft?

FPS is calculated by using chronographs in airsoft.

Chronographs measure how long the pellets travel from point A to point B; this is usually a short distance inside the chronograph.

Measuring the FPS of a BB pellet is the primary way airsoft sites regulate players' guns. It ensures no airsoft gun is too powerful to be used.

A marshall will test all gun types before an airsoft game begins. This testing includes:

Marshalls can record the speed of the pellet to comply with the safety rules of most UK/US airsoft fields.

Once we know the weight of the BB pellet used and the speed that the pellet was traveling, we can work out the kinetic energy of the pellet.

This is important as a legal limit stipulates the maximum kinetic energy an airsoft gun can possess.

Why are there FPS limits in airsoft?

All airsoft sites in the UK will have an FPS limit, regardless of whether they are indoor or outdoor fields. The sites set these field limits to improve gameplay, reduce the chance of injury, and ensure no laws are broken.

Often, these limits will also be imposed by the insurance companies covering these sites.

Most airsoft sites have the following FPS restrictions in place:

Having FPS limits means that the manufacturers of protective gear, such as ballistic glasses and face masks, have a set figure that their equipment must be rated above. This helps to ensure everyone's safety while participating in the sport.

Because there is a correlation between FPS, BB weight, and energy, it also means there is a maximum velocity that a projectile can travel before it is over the limit.

This makes it possible to quickly establish if an airsoft rifle or pistol is above or below the legal limit by using a chronograph to measure the FPS.

Is it illegal to have high FPS guns?

No. There isn't an FPS limit defined by law. Suppose your FPS is above a certain velocity for a given weight. In that case, it will have a kinetic energy value (in joules) greater than the allowed limits.

While these limits are slightly above the limits set by most UK airsoft sites, the only time you could use them would be on private property that you owned or had permission to use.

Below are the standard FPS limits on different BB pellet weights to stay under the Joule limits of UK law:

If your weapon allows for automatic firing, then as soon as it is above these limits, it is immediately deemed illegal and classed as an actual firearm.

If you are found to have what is classed as a 'Section 5' firearm, then you could be facing at least five years in prison. If your weapon is semi-automatic or bolt-action, this type of gun becomes an air gun.

It's very likely illegal to be used at an airsoft field as you would be firing at other people.

What is the best FPS for airsoft guns?

While most players will strive for the highest FPS they can achieve, it is always important to remember that a higher FPS does not always equal an increased range (more on that later).

Nearly all Tokyo Marui airsoft rifles come out of the box at 270-280 FPS, a whopping 70 FPS, less than the UK limit for automatic airsoft guns, yet these are regarded to outperform a lot of other manufacturers that come out of the box shooting 350 FPS.

The most common FPS range for automatic electric guns or automatic gas-powered guns is 300-350 FPS. At the top of this range, the velocity of your pellet is traveling at the equivalent of 238 Miles Per Hour.

Players who use marksman rifles tend to use weapons at the 400 FPS mark, and players that use spring-powered airsoft guns such as sniper rifles are normally at the maximum muzzle velocity allowed by UK sites; 500 FPS.

Whilst these players have an advantage in that their FPS is higher and, therefore, their pellet velocity is greater, they also normally have a minimum engagement distance that they are allowed to shoot players from.

If they have a target within this distance, they are forced to switch to a secondary weapon, forcing them to adopt more realistic military tactics when it comes to choosing targets and changing weapons.

To further investigate what the best FPS is for a gun, you need to consider its use case.

If you tend to play primarily on indoor fields or close-quarters battles, then the extra velocity afforded by a lighter pellet and increased FPS could be the difference between winning and losing a firefight.

On the other hand, if you are playing on an outdoor field, it may be better to use a heavier-weight pellet to increase your effective range and accuracy, with the trade-off of it taking longer for the pellet to reach the target.

Does the FPS of a gun increase range?

No, FPS will not increase the range of your BB.  While FPS does not directly give you extra range it does have an impact on how well your BB can retain its actual energy, a byproduct of which is an increase in effective range.

As mentioned earlier Tokyo Marui rifles tend to be classed as medium power guns as they have a reduced FPS to comply with stricter Japanese laws, but they can still out-range a lot of other manufacturers.

Having said that one of the first upgrades most players undertake is an upgraded spring, showing that the FPS and power of a gun are still at the forefront of their minds when preparing for upcoming airsoft battles.